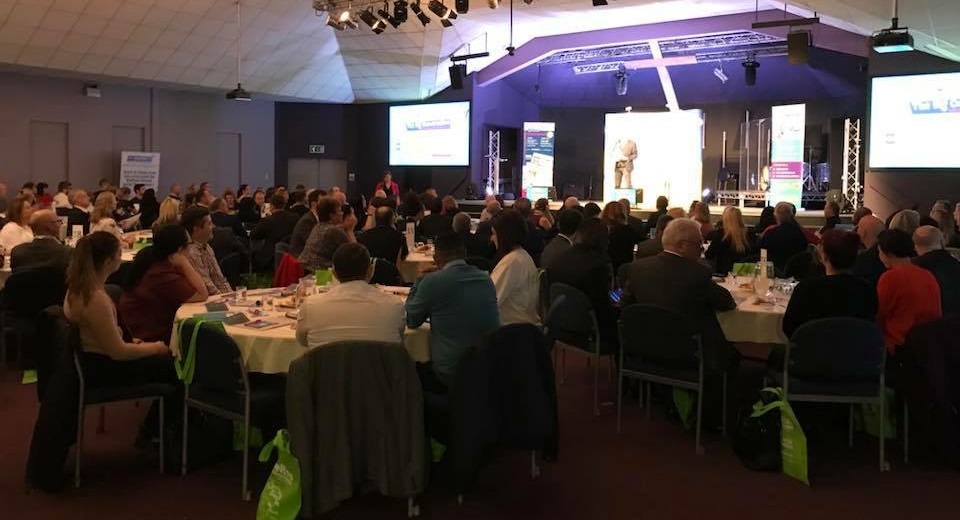 Networking for the very first time can be daunting. Even more so when you are assisting your employer at your very first expo. Our apprentice, Adam, attended the Big Bolton Conversation last month with our Managing Director, John Miller, and he rose to the challenge.

The Big Bolton Conversation is a regular expo for local businesses and it offers networking as well as sessions with motivational speakers, and also the opportunity for visitors to see the sort of services that the Bolton and Lancashire business community has on offer. We are a firm believer that integrating with our local businesses is a key part of managing a successful company, and public events are a great way to do this.

Getting prepared for events in advance is very important, and we spent some time ahead of the expo deciding how to best display our services and to make the most of the networking opportunities throughout the day. As Smarter Technologies was a featured supplier at the event, we needed to be there early in order to be ready for the expo opening at 8am, which meant we had to arrive at 6am, so early preparation was key.

Adam enjoyed meeting the other exhibitors. The nominated charity and breakfast sponsor, was one of our own clients; Bolton Young Persons Housing Scheme, and one which he already knew too, so it helped him when we went into the networking events. One of the more challenging activities was the speed networking, Adam explained:

“I had to go from table to table in the speed networking, you don’t get much time to talk, just 2 minutes, so I had to be quick and get to the point quickly! After that, we had 45 minutes of networking where we were able to speak to those who we were interested in and make connections.”

The organisers had booked 2 motivational speakers for the event; Brad Burton (founder of 4N networking and author) and Ben Kench (author of Selling for Dummies and founder of The Business Booster and The Business Channel TV) which were well received and then it was another session of table networking (speed networking).

Adam felt really positive about his first experience at an expo and networking and feels like he’s ready for more:

“It was a completely new experience for me, I’ve never been networking or an exhibitor before, but I am ready for the next one, I’m looking forward to the next event and keen to learn more.”

Lynne SprigingsBolton Young Persons Housing Scheme
As a small charity it’s really important for us to have reliable and responsive IT support, which Smarter Technologies supplies.
prevnext